A guide to domestic violence.

What is domestic violence: 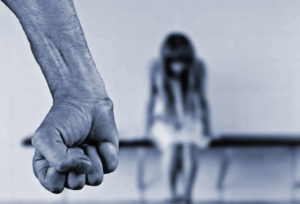 Domestic violence is when one person uses his or her power to control another person. Although both women and men can be victims of domestic violence, the overwhelming majority of this violence involves men abusing women.

Abuse can occur in an intimate relationship, if you are married, common-law or dating; between opposite-sex and same-sex partners.

Abuse does not happen because the abuser is stressed or addicted to drugs or alcohol. It is an intentional action on the part of the abuser to control the actions of the victim. The violence is used to intimidate, humiliate or frighten victims or to make him or her feel powerless.

Typically domestic violence starts out as one type of abuse (emotional or psychological abuse) and changes into another form (stalking and physical violence) as the abuser feels a greater need to control the victim. Domestic violence many include a single act of abuse or acts that may appear minor or trivial when viewed in isolation but collectively form a pattern that amounts to abuse.

We all have a right to be free from domestic violence and we all have a shared responsibility to make that happen. This website is designed to give you practical information to help you or someone you know is a victim of domestic violence. It tells you what to look for, how to respond and who to call for help.

Emotional and psychological abuse includes a wide range of actions and behaviors intended to hurt, demean, criticize, humiliate, threaten and / or control another personal though inducement of fear, anxiety, confusion and dependence.

Financial control and abuse includes a wide range of behaviors designed to reinforce the power and control of the offender, increase the victim’s dependence and decrease the options for independent decision-making available to the victim.

Sexual violence occurs when the abuser uses sex to control the partner and to fulfill his or her own needs alone.

Stalking occurs when someone maintains unwanted contact between an offender(stalker) and his/her victim. Stalking is not about love it’s about power, control and intimidation. Stalking is a step towards increased violence, not just an obsession. If this is happening to you please reach for help.

You are not responsible for your stalker’s behavior. You cannot predict or control what will trigger a violent episode. It is time to create a safe plan for you and your family.

The Cycle of Violence

An important first step to self-protection is to recognize the warning signs of abuse. If a man has four or more of the following signs, beware!

Think about each of these questions and have a plan in place. Be prepared to act on them to keep you and your children safe. Think about where you would go and how to get there if you had to leave quickly.

You may consider letting a neighbor that you trust know about the abuse. This could be a place the children go when the abuse starts. Develop a visual code or some other code (turning on a light, closing a curtain) to let them know when you need help.

Why Do Women Return to Violent Relationships?

This is one of the most common questions asked by the average person who doesn’t understand domestic abuse. It’s become a hot button with advocates, because it implies blame to the victim instead of the perpetrator. One valid response is to challenge the question itself:

“The question is not, ‘why doesn’t she just leave,” we correct gently. “The question is, ‘why doesn’t he just stop hitting her?”
We need to get this straight. The blame here lies squarely on the abuser, not the victim. However, challenging the question only goes so far. A battered woman will return to her abuser eight or nine times before she leaves for good. And people ask, “Why.”

The fact that this question has persisted is an example of how poorly society understands the cycle of violence and the needs of battered women. Once you see a battered woman as an actual human being, the reasons she returns to her abuser are logical and straightforward.

Let’s look at a battered woman with typical problems. A crisis centre or Hotline tells her they can place her in a safe home, so she leaves her abuser. She brings her two children (in 70% of domestic violence cases if a man is beating his wife, he is also beating his children). After a few days in the safe house, the crisis centre tells her that their funding only pays for three or four days residence.

“So what do I do now?” she asks. The crisis centre gives her a list of battered women’s shelters. There’s only one problem. All of the shelters are full.

She has no place to go. Her family abandoned her when she married the guy. Her friends can’t afford to take her in, or are afraid to do so because her husband is so violent. She has no money and no resources, because everything is in her husband’s name. She ends up living in her car.

The first or second night they spend in the car, she takes a serious look at her problems.

Notice that domestic violence is the sixth problem on her list. And as she sits in her car, watching the windows fog up, on alert for danger, listening to her children try to sleep, she is forced to face facts. If she returns to her abuser, five out of her six problems will be solved.

Abusers create these situations deliberately. They work to force their victims to stay with them by destroying all other options. And domestic violence will end only when society addresses all of the problems facing a battered woman.

Where Can I Go That Is Safe?